Volgodonsk Is situated In the middle part of European Southern Russia on the shore of the Tsymlyanskoye Reservoir between two large Industrial centers -Rostov-on-Don and Volgograd cities. It Is a major Industrial and scientific center of the south eastern part of the Rostov Region, as well as, a geographical, trade and Industrial center of 12 rural districts. The population of Volgodonsk Is about 200 thousand. The average age of residents is 30, the able-bodied population work force Is approximately 120 thousand.

The creation of the City is due to the construction of the Volga-Don Ship Canal, which connected the two great Russian rivers - the Volga and the Don and offered an opportunity to the City to become a major transport junction.

The history of the City started in the 50s, since then Volgodonsk has experienced several construction booms: in the 60s the largest chemical factory in Southern Russia was built, in the 70-80s. Atommash, the largest factory world for the equipment for stations was in the manufacturing of nuclear power completed.

The geographic zone in which situated is known times as the Don Territory. The climate of the Territory is continental, with moderately cold low snowfall winters and very warm summers. The average yearly air temperature is +8.2 C, maximum + 34 C, minimum - 34 С The mean annual precipitation is about 550 mm. Vast stretches of steppe, wooded oases, flood plain of the Don River and its numerous tributaries serve as a refuge for hundreds of varieties of birds, dozens of varieties of mammals, among them magnificent deer and wild boars.

The major treasure of the Territory is Its land resources. The farmland of the Don Territory is the largest bread-basket of Russia. Fields of grain, plantations of vegetables and cucurbits crops extend the length and breadth of the region. Sunflower, maize, rice buckwheat, and soya, beans are grown in the Territory. Animal, poultry and pond fish breeding, as well as, fishery are well developed. Don grapes and Don wines have won well deserved fame, the latter have received awards at numerous international wine-tasting exhibitions.

Volgodonsk's location in the middle of a vast agricultural region provides the potential for the use of a variety of agricultural equipment and the processing of agricultural products thanks to the irrigation canal network and irrigated farming. The City has an opportunity to become a center for the introduction of all types of advanced techniques of the agricultural industry.

Volgodonsk is a beautiful city with many parks and gardens. Building in its districts is carried out with the application of modern architectural designs. The new steppe city can boast of trees and shrubs from all over the country of Russia. Every year some 20 hectares of saplings are planted in and around the City.

The City Administration and its citizens continue to make Volgodonsk even more beautiful, to turn it into a prosperous city with great opportunities in the areas of human rights and manufacturing.

Though a young city, Volgodonsk has its own face with new and old traditions brought in by people from neighbouring homesteads and stanitsas (villages). The City is gradually evolving as a center of business and a social cultural center for the Region.

Close attention is paid to children of the community, their upbringing and education. It would be in no way an exaggeration to say - Volgodonsk is a city of brilliantly talented and gifted people. Donchanka - ladies' and a field hockey team are well known throughout the country.

Students of the Volgodonsk School System can choose an educational institution to their liking and abilities. General education institutions include gymnasiums, lyceums, and colleges. There are also private schools such as Univerpolls. Higher education is available at the branch of Novocherkassky Technical University, a medical school and a college of education. Every year 2000 specialists with secondary professional, special or higher education graduate from local institutions.

To revive the Cossack traditions a cossack cadetcollege was established, one of the first in the Don Cossack Territory Cossack Cadet College was opened.

The City has a theatre, several theatrical studios, two community centres, a museum of local lore, musical, art and theatrical schools, three cinemas. G. Likhovid and A. Neumyvakin - artists well known far beyond the limits of Russia - live in Volgodonsk.

Medical institutions of Volgodonsk policlinics, dispensaries, general hospitals, a centre for obstetrics and gynecology, mental health and rehabilitation centres for disabled children, preyentoriums render all kinds of specialized medical aid to the City residents, including modern methods of diagnostics and treatment.

There are 225 shops and stalls, 6 restaurants, over 20 cafes and bars, 16 service centers, a casino that cater to residents and visitors of the City.

Shooting and fishing preserves are additional rich resources of the Don Territory.

The Volga-Don Ship Canal gave birth to the City and breathed life into its further development. Being connected by a waterway with 5 seas - the Black and the Baltic Seas in the North, the Caspian in the East, the Sea of Azov and the Black Sea in the South, servicing river-sea going ships the Volgodonsk river port is of strategic importance for international trade.

Besides the river port, the City has a well developed communication network a dense motorway network, a railway station and an airport.

Communication with Rostov-on-Don and the capital of Russia -Moscow links the City with the whole world.

The Russian Government's decree "The Creation of a Transport Junction in the Volgodonsk Area" is a real attraction for investment in the development of the City and region.

The major branches of industrial production are as follows:

The City's industrial products are exported to more than 30 countries. Staple export products are:

- equipment for thermal and nuclear stations;

- equipment for mining and petrochemical industries; 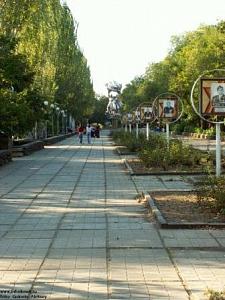 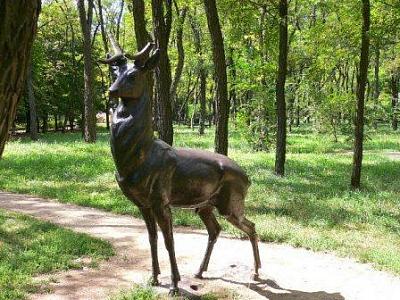 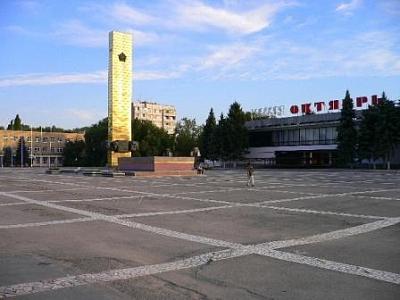 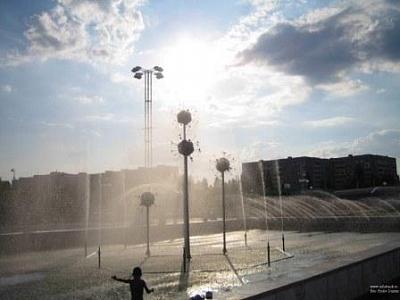 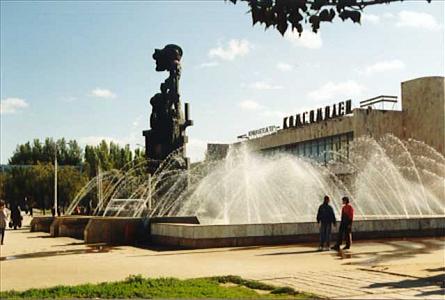